What? Writer? I thought Dalí was an artist? You know, the Spanish surrealist who was a press agent’s dream, with his penchant for publicity and ability to make headlines with every twitch of his mustache.

All true. But Salvador Dalí was also a prolific and deft writer. And more than a few critics and scholars have opined he was actually a better writer than artist. There was a time when I found that notion unsupportable, but no longer. 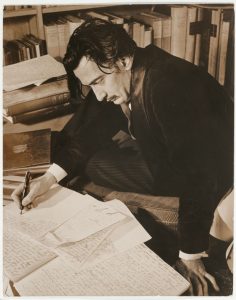 A non-typist, Dalí wrote his books in long-hand!

Dalí had extraordinary facility with words. While it was not uncommon to find much of his writing verbose and inscrutable, there are plenty of examples that prove he was an undeniable artist when he took pen rather than brush in hand.

And just as Dalí was a precocious child when it came to painting – his first landscape at age six is remarkable by any measure – he began his writing career early on, too. 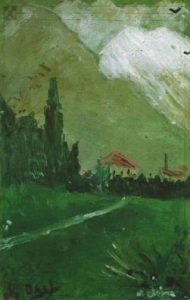 While attending L’Institut de Segon Ensenyament de Figueres at age 15, young Salvador began working on the student publication, Studium. He contributed artwork to it, but also wrote extensive articles on such topics as the great masters of painting for each of the publication’s six issues, extoling the virtues of Leonardo, Goya, Durer, Michelangelo, El Greco, and his favorite, Velazquez.

A more mature Dalí, age 31, penned Conquest of the Irrational, an important little book – now a collector’s item – that offers insights into how Dalí’s work was informed by Freudian theories. It was published by Julien Levy, who had a New York gallery in which Dalí exhibited, including the showing of The Persistence of Memory. 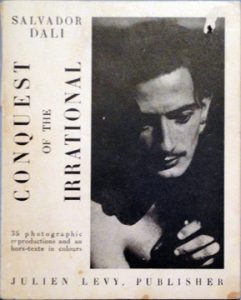 In 1937, after having painted one of his best pictures – The Metamorphosis of Narcissus, which he brought with him to his meeting with Sigmund Freud – Dalí wrote a poem of the same name, published in book form. It helped make it clear that his eponymous painting was one he himself held in especially high regard. 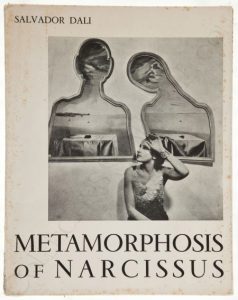 The Secret Life of Salvador Dalí came along in 1942. 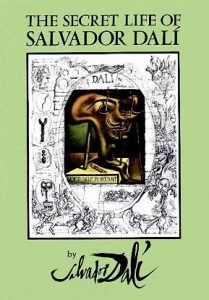 It was the first of two autobiographical books he would write, and is recommended to anyone who truly wants to explore the various influences that made the limp watchman of Surrealism tick. Its opening three sentences are legendary:

Two years later, Dalí – not merely content with developing as one of the great artists of his time – actually penned a novel, Hidden Faces. It’s a difficult read, laden with symbolism, but it’s a novel nonetheless, written at a time when Dalí was producing some of his best oil paintings. 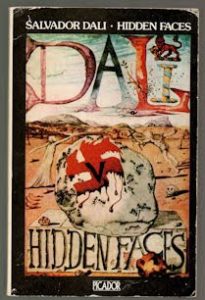 In 1948, Dalí set pen to paper to create the instructive book, 50 Secrets of Magic Craftsmanship, in which he spoke to budding artists about various secrets that made his special brand of craftsmanship sing. 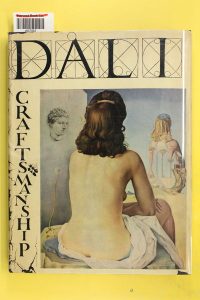 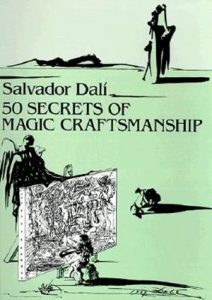 I noted earlier that Dalí’s Secret Life was one of two autobiographies (has anyone else ever written more than one autobiography?!). The other came along in 1963 and remains my favorite book by Dalí – Diary of a Genius. You have to love the immodesty of the title alone! 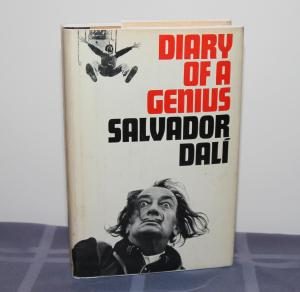 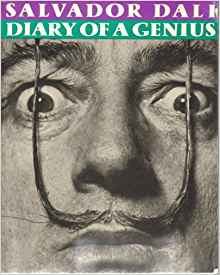 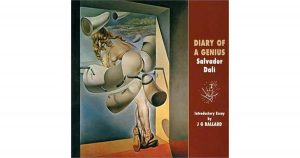 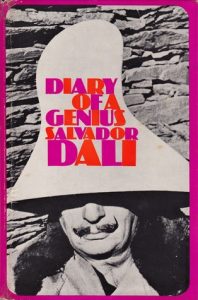 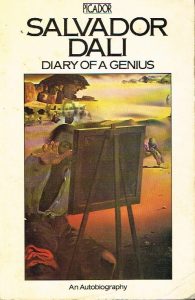 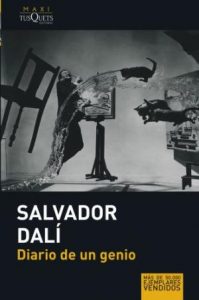 Many of his Diary entries were wonderfully detailed and expressive. On June 30, 1952, for example, Dalí wrote:

A day again destined chiefly to slavering and salivating. I finished my breakfast at six in the morning, and as I was rather impatient to start the great sky of my Assumption, I first assigned myself the task of painting meticulously one single scale, though the most brilliant and silvery one possible, of a flying fish that was caught yesterday. I did not stop till I really saw the scale shimmer as if inhabited by the very light of my brush tip, in the same way Gustave Moreau wanted to see gold come out of his.

There are many other things Salvador Dalí wrote – including additional books, such as Dalí on Modern Art and his extraordinary cookbook, Les Diners de Gala, plus numerous articles, reviews and much more. 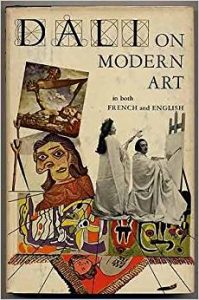 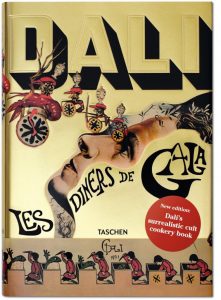 My purpose in today’s blog post was mainly to broadly sketch the breadth of Dalí’s work in this genre, underscoring that the man who did everything in art was also a man whose prowess with the written word was, once again, genius.