Salvador Dalí was surrounded by water. He lived and worked near it, swam in it, boated on it, captured it in oil paint, and drank it instead of alcohol. Today it’s all about Dalí and water.

Salvador and Gala lived virtually all their lives on the shoreline of the Bay of Port Lligat in northeastern Spain. Fishermen mending nets were an everyday fixture. The sea’s bounty – sea urchins, crayfish, tuna catch and more – graced the Dalí dinner table. Water-shorn rock formations endlessly inspired the Master.

It was natural, therefore, that Dalí’s earliest works would embrace the Bay of Port Lligat and the Mediterranean Sea. Examples include Port of Cadaques (Night); The Tartan “El Son”; View of Cadaques from Playa Poal – fine works from the easel of a 15-year-old Catalan boy destined for greatness. 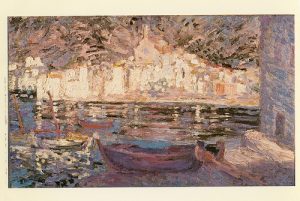 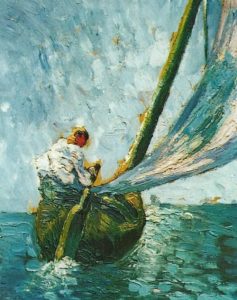 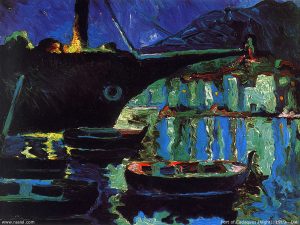 Dalí fancied views of the sea from inside, looking out through windows, found in such paintings as Grandmother Ana Sewing and Figure at the Window. Even a self-portrait when he was allegedly sick puts the young artist against a seascape backdrop. 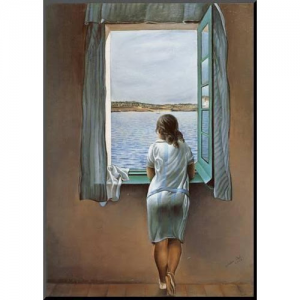 Dalí’s depiction of water in various forms ran the gamut from highly realistic to wet and wild imaginings. Rocks at Llane looks virtually photo-like in the way Dalí captured the countless waves with impressive realism. 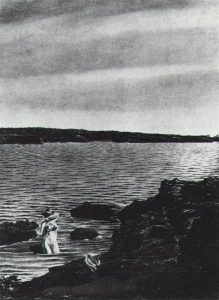 But his surrealist leanings would find water pouring from impossibly located fountains, as in Mysterious Sources of Harmony and Necrophilia Fountain Flowing from a Grand Piano. The same treatment occurred in Birth of Liquid Fears, though this time the spigot was located in a cypress tree! 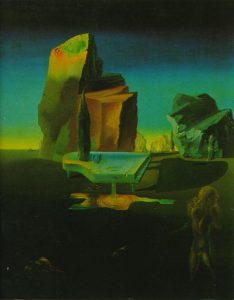 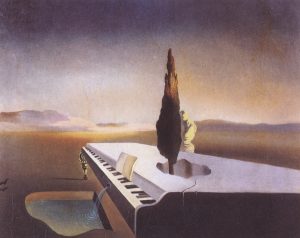 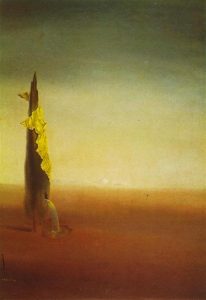 Was all this a symbol of Dalí’s sexual preoccupations? Could the water spewing from phallic cypress trees suggest a far different substance than water? This is where individual interpretation helps to make surrealist art so intriguing.

And there were a multitude of occasions when water ran freely – and bizarrely – in Dalí paintings . . .

A nurse seated in it in The Specter and the Phantom: 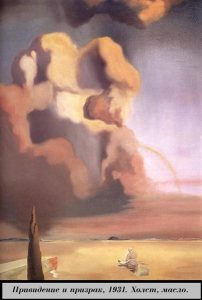 Swans reflected in it in Swans Reflecting Elephants: 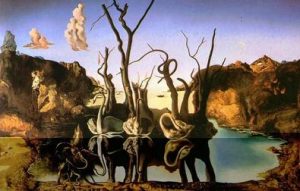 Narcissus reflected in it in Metamorphosis of Narcissus: 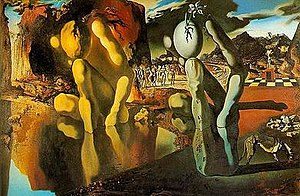 Pouring from a piano cover in Music – The Red Orchestra, Seven Lively Arts: 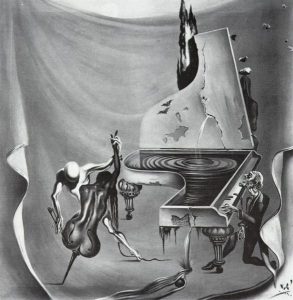 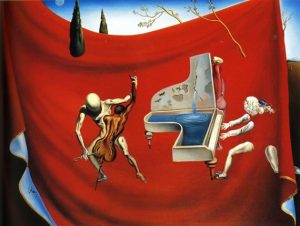 Looking so real, you swear your hands would get wet if you touched the lower left portion of the large canvas, Tuna Fishing: 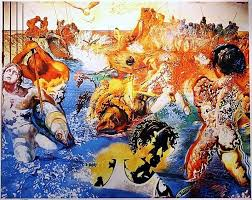 Being lifted like a skin in such works as Myself at the Age of Six When I Believed I was a Girl, Lifting the Skin of the Water to Observe a Dog Sleeping in the Shade of the Sea; Dalí, Nude, in Contemplation before the Five Regular Bodies Metamorphized into Corpuscles, in which Suddenly Appear the Leda of Leonardo Chromosomatized by the Visage of Gal;; and Hercules Lifts the Skin of the Sea and Stops Venus for an Instant from Waking Love: 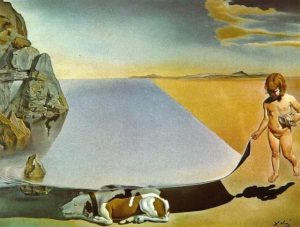 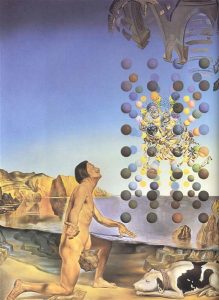 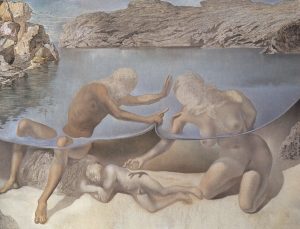 Water was artfully tossed to help achieve the dramatic effect in the famous Dalí Atomicus photo made in collaboration with photographer Philippe Halsman: 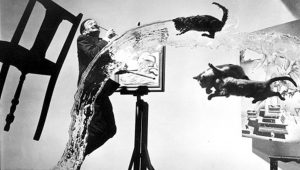 Gala appears to be walking on it (apt metaphor) posed as Michelangelo’s Moses in Dalí’s large painting, The Ecumenical Council:

Back in 1939, Dalí’s shocking Dream of Venus pavilion for the World’s Fair was heavily themed around largely undressed women cavorting in surrealist pools. Two years earlier, an entire painting – Enchanted Beach (Long Siphon) – was themed around a seltzer bottle; a.k.a., soda siphon: 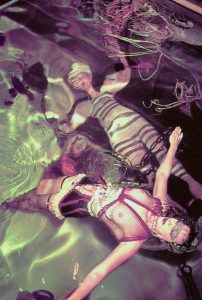 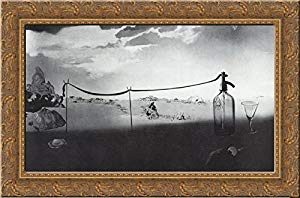 Water helped Dalí show off his exacting technical skill in works such as Nature Morte Vivante, and in the droplets of water that appear so real in One Second Before Awakening from a Dream Caused by the Flight of a Bee Around a Pomegranate; Meditative Rose; and Leda Atomica: 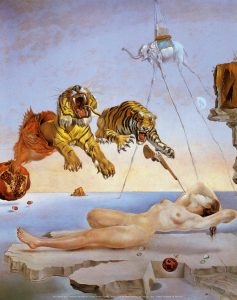 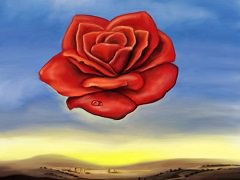 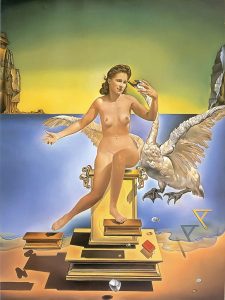 A watery, intentionally blurred effect was achieved in part of the horse’s extraordinary body to reflect St. James emerging from the sea in the monumental Santiago El Grande: 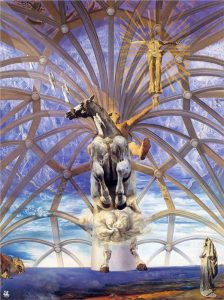 My previous post talked about Dalí’s skies. Today’s focuses on water. In future post, we’ll consider other objects and elements of Salvador Dalí’s surroundings that helped create the magic in his art.