Are there some paintings by Dalí – or prints, drawings, or sculptures for that matter – that just keep speaking to you? Calling your name? Inserting themselves in your mind’s eyes?

And are you sometimes puzzled by just what it is about a particular Dalí work that beckons you? That won’t let you go?

This is exactly what occurs when I consider Dalí’s large 1962 canvas, often shortened to the title, The Royal Tiger, but is known in full as Fifty Abstract Paintings Which as Seen from Two Yards Change into Three Lenin’s Masquerading as Chinese and as Seen from Six Yards Appear as the Head of a Royal Bengal Tiger. 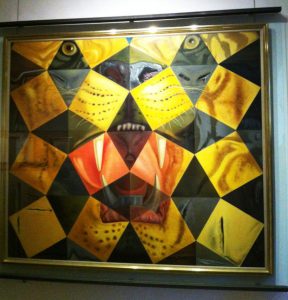 One of the great works in the Teatro-Museo Dalí.

This may sound strange, but every time I look at the work, it takes me back to an earlier period in my life. It reminds me of something from my childhood, but I can’t put my finger on it. Was it a board game of some sort? The back of a cereal box? A hidden-image page in an early scholastic magazine?

In more recent times, am I thinking of Rubik’s Cube? Does Dalí’s Skull of Zurbaran painting enter the mental mix? I’ll probably never know the answers. 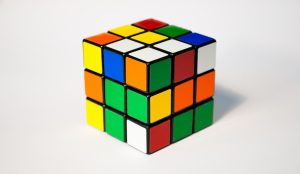 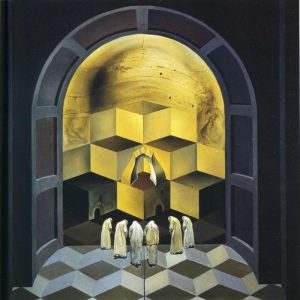 What’s more, The Royal Tiger has always struck me as rather untypical of Salvador Dalí’s work. It has an almost pattern-like look to it, as if it could have been a design for a woman’s scarf. Or a flashy necktie. Or a jig-saw puzzle.

In short, it’s a work that’s always puzzled me, while at the same time intrigued me by some of its peculiar and impressive details.

One such particularity involves the apparent rips or tears in the canvas, seen in the eyes of the two Chinese faces in the triangle shapes under the eyes of the tiger. This trompe l’ oeil technique of fooling the eye was demonstrated in a similar fashion by Dalí three years earlier in his 1960 religious painting, The Maid of the Disciples of Emmaus. 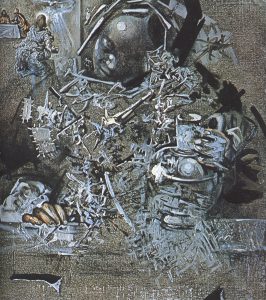 As in ‘Tiger,’ the canvas tears aren’t real!

At a time when his modern art contemporaries were literally ripping holes in their canvases, Salvador Dalí chose to create the illusion of such damage, thanks to his razor-sharp technical skill.

There’s certainly far more in The Royal Tiger painting, especially given Dalí’s allusion to Lenin. Dalí specialist Dr. Elliott King writes that the work “…playfully engages its audience with optical trickery whilst concurrently suggesting the seriously tenuous relations among the Soviet Union, the People’s Republic of China and the United States, all at the brink of nuclear war.”

Geopolitical matters aside, it’s interesting that a tiger has appeared not only here, but in Dalí’s popular work, One Second Before Awakening from a Dream Caused by the Flight of a Bee Around a Pomegranate. 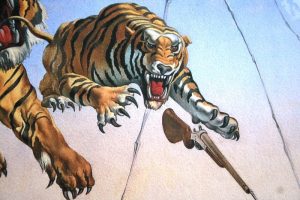 Detail from “One Second Before Awakening…”

We know a lion has long symbolized the predatory and aggressive nature of paternalism; i.e., Dalí’s father, from whom he was estranged. Could this apply to the tiger as well? More to ponder. And that’s what makes Salvador Dalí so fascinating.

Speaking of fascinating, it’s just been announced that Dalí’s intriguing and enigmatic wife will be the center of attention this time, when the exhibition, Gala Salvador Dalí, opens Friday, July 6, at the Museu Nacional d’Arte de Catalunya in Barcelona, running through October 14. 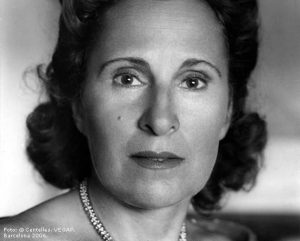 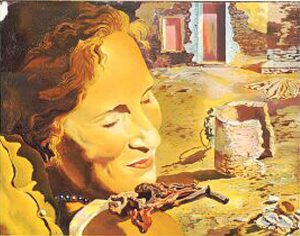 The show purportedly will try to answer the question, “Who was the real Gala?” In addition to works by Dalí, there’ll also be pictures and photos by Max Ernst, Pablo Picasso, Man Ray, Brassai, and Cecil Beaton.

Little by little, I believe Gala – more enigmatic than her husband – will be more fully revealed, since she was a powerful force behind the kingpin of surrealism.

Several recent media reports that came across my radar note that a pair of lamps made in Britain, which Dalí designed in collaboration with Dalí patron Edward James, have been temporarily stopped from being exported. 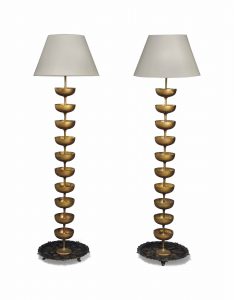 According to an internet blog, “The Department for Digital, Culture, Media and Sports say that the pair of lamps, which feature champagne glasses (see photo) are the finest examples of British modern lighting and have banned them from export. It wants a buyer to pay 440,000 (British pounds) for them, otherwise the export ban will be lifted….Richard Calvocoressi of the Reviewing Committee of the Export of Works of Art and Objects of Cultural Significance said: