Dalí jokingly proclaimed, “There’s never a dully moment with Dalí!” The man had a great sense of humor, even if that particular one-liner could have benefited from some support from his iconic crutches.

There’s also never a moment when Dalí isn’t in the news. Or so it seems. People often ask me, “How are you able to write regularly about an artist who’s been dead for nearly 30 years now?” The answer is simple: Dalí is more popular than ever before!

He’s certainly more collectible than ever. His prices at auction have steadily risen over the years since his passing on January 23, 1989 at age 84. His prints are in high demand.

Exhibitions of his work continue to be held all across the globe, invariably shattering attendance records. And while some of them are retrospectives that take a broad measure of Dalí’s enormous contributions to the history of art, others home in on quite specific aspects of the man’s life and work, permitting a careful examination of fascinating details.

One such exhibition is on now at the Freud Museum in London: Freud, Dalí and the Metamorphosis of Narcissus (October 3, 2018 – February 24, 2019). Curated by Dawn Ades, it explores the connection between Sigmund Freud, the father of psychoanalysis; and Salvador Dalí, the kingpin of Surrealism. As the museum’s website notes, these men were two of the most influential figures of the 20th century. And this year marks the 80th anniversary of their famed meeting on July 19, 1938 in London.

Dalí brought with him his truly incredible oil on canvas, The Metamorphosis of Narcissus, which is of course the core image on which the Freud Museum special exhibition is based. The painting’s on loan from London’s Tate Museum. And visiting Freud inspired Dalí to execute several interesting sketches of him — whose cranium Dalí likened to that of a snail’s shell! Freud declared that Dalí was a “complete example of a Spaniard — what a fanatic!” But added that he, Freud, was now reevaluating his view of the Surrrealists after meeting and appreciating his special mustachioed guest, and greatly admiring the double-image painting about narcissism he brought along with him. 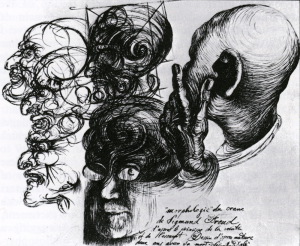 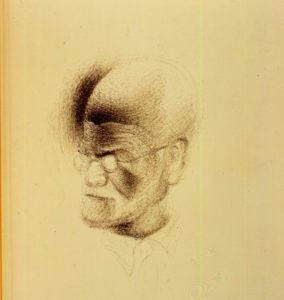 I was fortunate to have seen this remarkable work some years back at, as I recall, the Dalí Museum in St. Petersburg, Florida, to which it was on loan. It is quite simply one of the greatest paintings – ever! 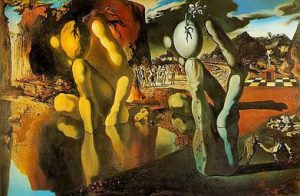 And one of the most important pieces of writing ever was Freud’s seminal book, Interpretation of Dreams, which Dalí read voraciously and which went a long way in propelling Dalí’s surrealistic symbolism.

Not only did Dalí’s Metamorphosis of Narcissus painting inspire the present exhibition at the Freud, but it gave rise to the eponymous book, seen here, which featured a poem written by Dalí. 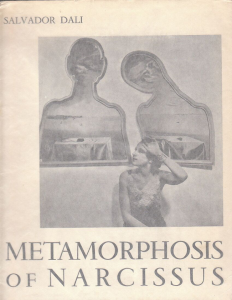 You could take so many individual Dalí paintings alone – such as Metamorphosis of Narcissus and certainly The Persistence of Memory – and be confident it would have ensured him a place in art history. But even if Dalí had never picked up a paint brush, his prodigious writing would have etched his name in the halls of history’s geniuses.

It suddenly occurs to me just how prolific a writer Dalí was. In addition to his many essays and articles and even manifestos, consider this astounding list (still only partial) of books he penned:

The Conquest of the Irrational

The Tragic Myth of Millet’s Angelus

The Secret Life of Salvador Dalí 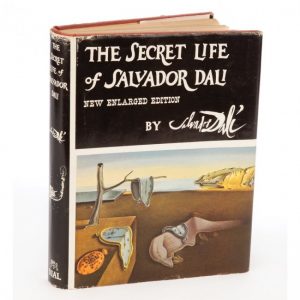 Diary of a Genius 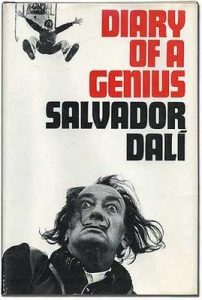 The Unspeakable Confessions of Salvador Dalí 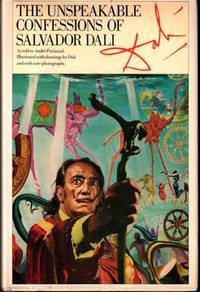 If that’s not genius, my friends, I don’t know what is.