We know how passionately Salvador Dalí revered the Old Masters. He advised fledgling artists to “begin by painting like the Renaissance masters; after that, do as you wish, you will always be respected.”

Dalí knew that refining one’s technique and taking to heart Ingres’ belief that “drawing is the essence of art” was the first order of business, if one had aspirations of becoming a great artist.

Dalí’s admiration of the masters is readily apparent in his meticulous painting style. Virtually every painting and drawing (and to a lesser extent prints and sculptural pieces) exemplifies Dalí’s nearly obsessive quest for realism and precision. While he thought himself a modern-day master (though not necessarily saying so, but rather acknowledging he was the best painter of his time only because “the others are so bad!”), we know today that in fact he was.

Dalí’s veneration of the masters is not seen solely through his emulation of their exacting technique. He also paid homage to them by reflecting elements of their works in his – sometimes very directly, other times rather subtly.

You might be aware, for example, that Dalí quoted Raphael’s Sistine Madonna in both Madonna of the Ear and The Virgin of Guadalupe, as you can see here. In Virgin of Guadalupe, Dalí made the bold move of supplanting the Virgin’s face with that of Gala’s – a move some decried, but which was totally in keeping with Dalí’s non-conformity. 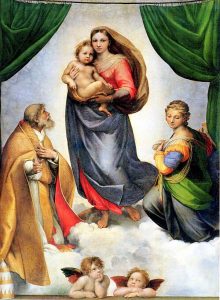 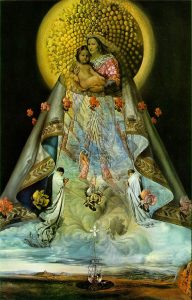 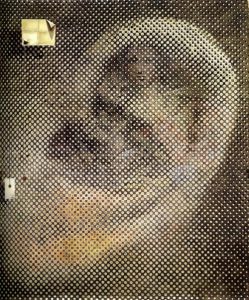 He paid homage to Vermeer in a host of works, including Enigmatic Elements in a Landscape (Teatro-Museo Dalí, Figueres, Spain) and more obviously in The Ghost of Vermeer of Delft, Which Can be Used as a Table (Dalí Museum, Florida). 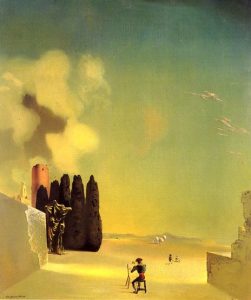 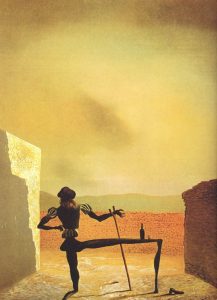 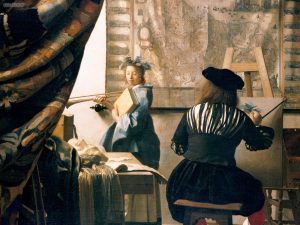 On a very large scale, Dalí chose the 500th anniversary of the death of Spanish master Velasquez to pay homage to him in the 1959 masterwork, The Discovery of America by Christopher Columbus. The tall lances and flags in the modern work are borrowed directly from Velasquez’s painting, Surrender at Breda. 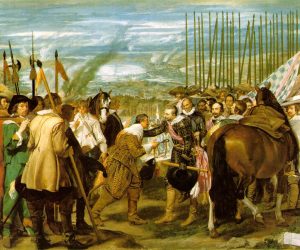 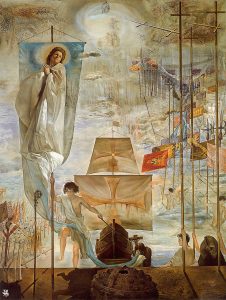 DETAILS OF A LITTLE-KNOWN VELASQUEZ REFLECTED IN DALI WORK

Another Velasquez picture that Dalí nodded to – an example of this kind of homage far less commonly known among Dalí aficionados – is Kitchen Maid with the Supper at Emmaus, 1618. Salvador Dalí nodded to and reinterpreted this fine painting in the surrealist’s 1960 work titled The Servant of the Disciples at Emmaus. 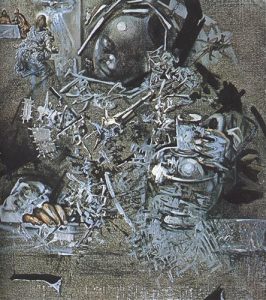 The pitcher from the 17th century painting appears in Dalí’s modern version of the scene, while clearly the religious figures in the upper left of the Velasquez find an obvious echo in the Dalí. Now, of course, reimagined through the lens of Dalí’s Nuclear-Mysticism.

(Images used under Fair  Use provisions for journalistic purposes only)