Salvador Dalí was almost frustratingly contradictory. His so-called false memories, discussed in his Secret Life autobiography, added to his enigma, his living paradox.

When it came to music as an art form, Dalí claimed it was woefully inferior to painting. The eye clearly triumphed over the ear, he believed. The transitory nature of music paled in comparison to the tangibility and permanence of painting, Dalí insisted. And yet some of his works seem to celebrate music.

He himself was seen in at least one photograph, appearing to be playing the piano. And Dalí was known to spontaneously break out in dance and song. I can confirm the latter, as, at one of my two meetings with him at the St. Regis Hotel in New York, he suddenly began singing a song about the Virgin Mary! 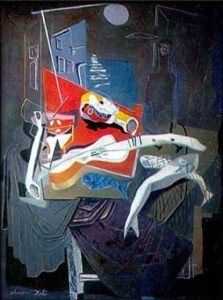 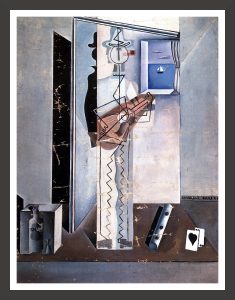 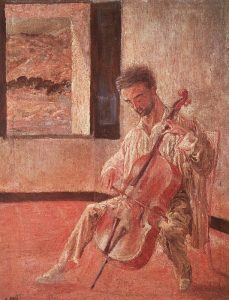 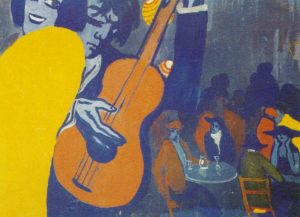 virtually all of the music-related compositions during his surrealist period depicted musical instruments in unnatural, sometimes sardonic states.

The piano figured especially frequently in Dalí’s subject matter. Ironically, a grand piano connoted quite opposite impressions for the artist. On the positive side, young Salvador would take in, with his parents and sister, al fresco concerts the Dalí family friends, the Pitchots, would perform on the cliffs of Cadaques.

Dalí used a piano as the mode of display of his hallucinatory images of Lenin in Partial Hallucinations, Six Apparitions of Lenin on a Grand Piano. In Masochistic Instrument, a violin hangs limply in the hand of a naked woman, no doubt symbolizing Dalí’s preoccupation with impotence. 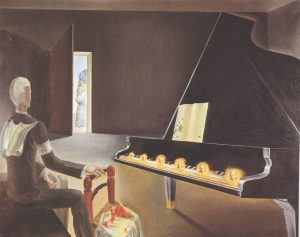 A similar treatment of stringed instruments appears in Three Young Surrealist Women Holding in their Arms the Skins of an Orchestra; and again in Daddy Long Legs of the Evening…Hope! 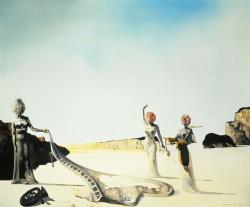 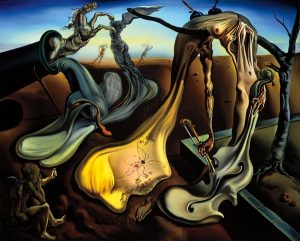 Dalí found the piano a good source from which fountains of water sprang, including Necrophilia Fountain Flowing from a Grand Piano. And he overtly sexualized and perverted the instrument in works like Atmospheric Skull Sodomizing a Grand Piano. He was gentler, as it were, in works like A Chemist Lifting with Extreme Precaution the Cuticle of a Grand Piano. 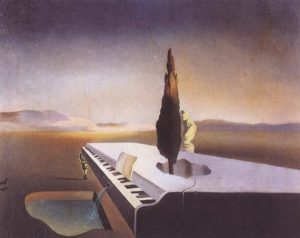 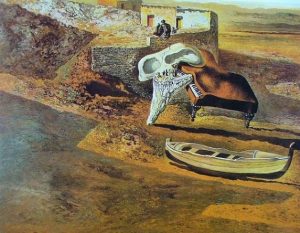 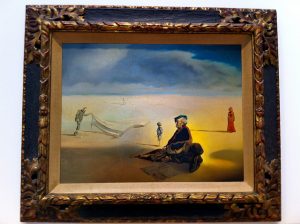 Music as a theme could sometimes also strike a more harmonious chord, most certainly evident in the delightful Spanish Dances in a Landscape, and in the trumpeting figures seen in one of the heroic ceiling panels Dalí created for his Teatro-Museo Dalí in Figueras, Spain. 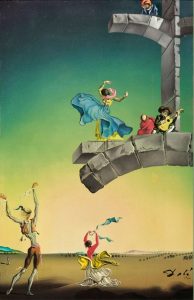 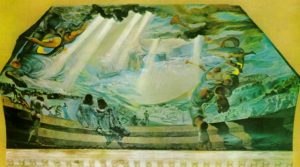 Of course, music as subject matter informed many other Dalí paintings, drawings, prints, watercolors – even sculpture. This would include, but certainly be not limited to, his Seven Lively Arts series, and stage sets for theatrical productions like Sentimental Colloquy and Café de Chinitas. 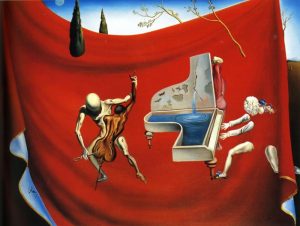 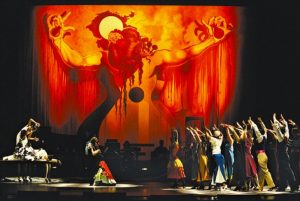 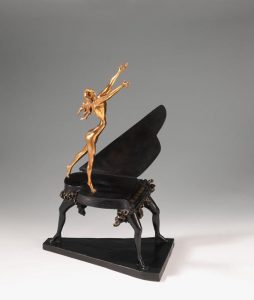 Most tragic were several paintings executed when Salvador Dalí was gravely ill and in the final years of his prodigious career. He painted a number of variations of Bed and Two Bedside Tables Ferociously Attacking a Cello. These works convey in dramatic fashion the inner demons and mental upheaval that positively consumed Salvador Dalí in his last years. 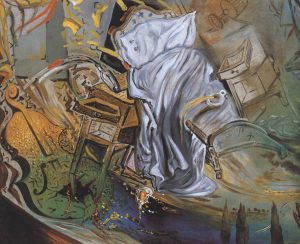 Painted just before the music died. 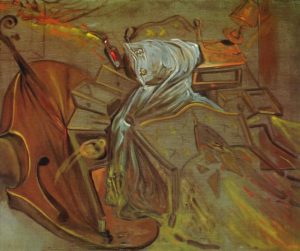 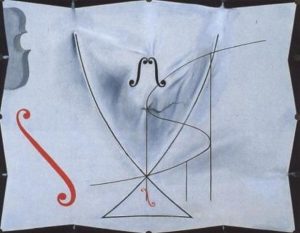 The music died forever on January 23, 1989, when one of history’s greatest artists and geniuses went silent.