As Dalí historian for The Salvador Dalí Society®, Inc.©, I’m often asked which Dalí images I like best. My answer is unwaveringly the same when it comes to the Master’s oil paintings. My favorite is the immense and majestic Santiago El Grande (St. James the Great), the most popular work of art in the Beaverbrook Art Gallery in New Brunswick, Canada. 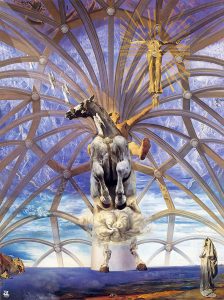 But Salvador Dalí was also an outstanding printmaker (among a master of many other mediums), and my favorite of his prints is Triumph of the Sea – though I don’t completely know why. 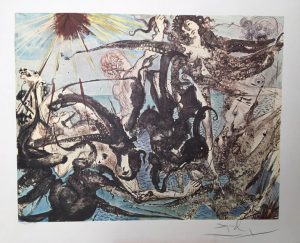 Triumph of the Sea

Indeed, there are so many Dalí prints that are far more colorful; there is, in fact, very little color in Triumph of the Sea. And there are far greater numbers of Dalí prints that examine myriad subjects in a more Dalíesque style.

So why Triumph of the Sea?

Somehow, great art makes you feel it. Great art – art that speaks to you – moves you in special ways. It’s hard to explain. But you know it when you see it. When you find it. When it finds you.

For me, I love the fact that Dalí actually used a real octopus (deceased) to create the central dark-ink image in Triumph of the Sea. Here you can see photos of him using an octopus’s tentacles to create a Medusa-like effect on the printing matrix (litho stone). 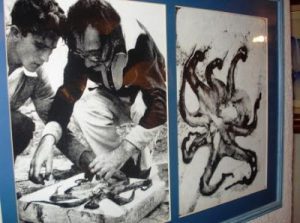 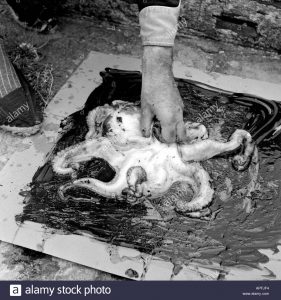 The random tableau of the invertebrate’s elongated tentacles creates a kind of raw energy and vigor in the work. It’s aided and abetted by the human figures, and a horse in the upper left (perhaps a reference to Poseidon), that add to the dynamism and emotion that leap off this mixed-media print.

Of course, the sea figured prominently in Dalí’s work, and in his daily life. He and Gala lived on the edge of the Mediterranean virtually all their lives, in that wonderful little coastal hamlet of Port Lligat on Spain’s Costa Brava. Indeed, octopus was a common fixture, along with sea urchins and other bounty from the Bay of Port Lligat and surrounding environs.

What’s more, Dalí loved Greek mythology. Surely tales of Poseidon, for example – the God of Sea and Earthquakes – inspired the Catalan artist in works such as these.

No Place for the Ordinary

Perhaps more important is the fact that, like just about everything in Dalí’s world, he was a man who looked left when everyone else looked right. So it was not acceptable to Dalí to use ordinary means of producing limited-edition graphics. He chose to use an octopus (and many other unconventional techniques).

The results were fascinating. Not only in the Triumph of the Sea print, but in a host of works on paper Dalí created that used an actual octopus impression as its starting point. And the octopus showed up in seemingly unlikely places, like a wall in Dalí’s surrealist totem, the Teatro-Museo Dalí. Here are some appearances of the octopus’s influence on the art of Dalí… 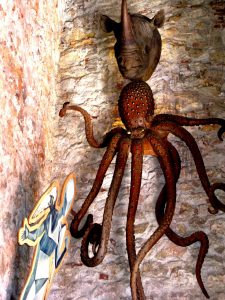 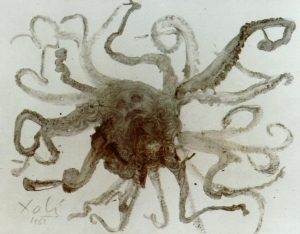 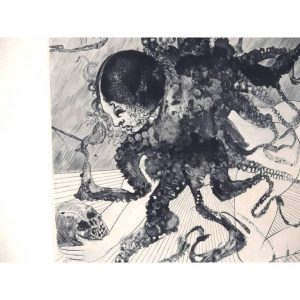 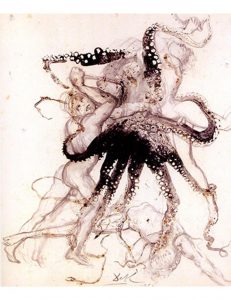 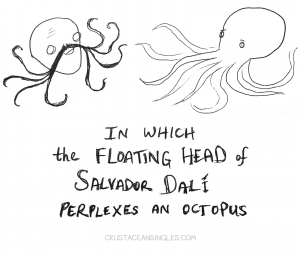 Whatever else can be said about Salvador Dalí, one thing is certain: he was different!