Sunny-side up! Fried eggs. They were a fetishistic obsession for Salvador Dalí. They seemed to turn up everywhere. And like so many things in this genius’s life, there were multiple meanings and interpretations associated with these popular breakfast items throughout his surrealist feasts on canvas.

One suggestion is that the soft, gooey, gelatinous consistency of fried eggs reminded Dalí of what he claimed was his vivid memory of his intrauterine days before the “traumatism of birth” (referencing a book of the same name by Dr. Otto Rank, which Dalí loved). Dalí’s description of his pre-natal existence appeared in his autobiography and was quoted by Orson Wells in the television documentary, Salvador Dalí: A Soft Self-Portrait. 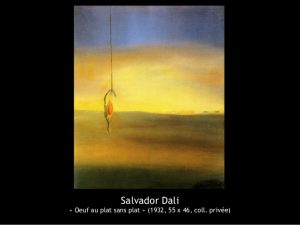 “Already at that time,” Dalí wrote in The Secret Life, “all pleasure, all enchantment for me was in my eyes, and the most splendid, the most striking vision was that of a pair of eggs fried in a pan, without the pan…The eggs, fried in the pan, without the pan, which I saw before my birth were grandiose, phosphorescent and very detailed in all the folds of their faintly bluish whites….” 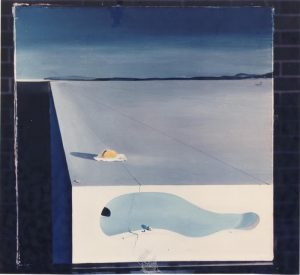 Another element in exploring the symbolism of Dalí’s ubiquitous fried eggs was his lifelong fascination/fetish with the concept of the hard and the soft. In this case the relatively hard, protective shell watching guard over the soft interior egg.

This hard and soft motif was seen in his obsession with such items as lobsters, sea urchins, and crayfish – the latter of which he fancied served with a generous slathering of chocolate sauce!

One author advanced the belief that the sticky and slimy nature of fried eggs was reminiscent of milk and semen. Most anything is plausible, I suppose, especially knowing that sex was never far from the top of Dalí’s mind! 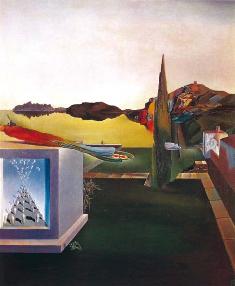 There are at least two other theories we should consider, and they both pertain to Salvador Dalí’s wife, Gala. One is that two fried eggs ineluctably resemble female breasts. This seems perfectly consistent with Dalí’s normal interest in his wife’s bosom; its petite size made such an association perhaps all the more viable. 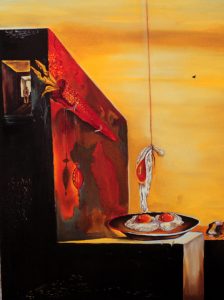 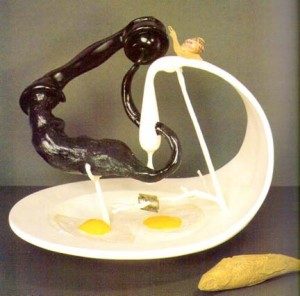 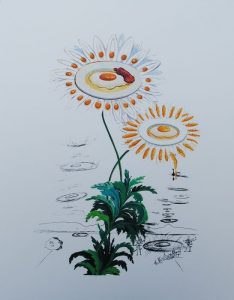 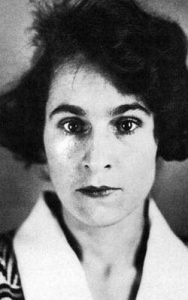 Dalí likened them to the image of fried eggs – further noting that her trenchant, piercing gaze could penetrate a stone wall.